Private school Futura was chosen as the host for students exchange during SNIDeR project. On the day 15th October 2018, groups from Croatia, Portugal, Bulgaria, Poland and Romania in the morning gathered at the school and with that, five days long exchange of pupils had started.

We began by introducing the project. After that and school sightseeing, a workshop on ICT tools for creating blogs and presentations – like Wix, Glogster, Adobe Spark, etc. – had started. The lecture was held by headmistress Sofija Pinjušić Ćurić and it was very interesting and educational. Then we had a lunch after which we went to the Ban Jelačić Square, where history and geography teacher accompanied by a pedagogue brought us for sightseeing the city of Zagreb. We saw many of Zagreb’s landmarks – St. Marko’s church, Grič cannon and the Cathedral. After that, we had our free time.

We started the second day divided in groups of three students. Every group was international, so we could get to meet each other better. Then we had a lecture on PLE portfolios, what are they, which are their pros and cons and we also had to make a daybook of our student exchange. We played Kahoot quiz about partner-countries in which Croatian team, unfortunately, wasn’t the best. For an exploration of the city, we got a 2-hour long task of finding specific sights, but after half an hour, some of the groups realised that their maps weren’t correct and that they will have to use Google maps. After almost successful finding of all of the sights, we had leisure time.

On the third day, we had a useful workshop on safety on the Internet where we learned with whom and which personal data we can share and how to recognize potential scams. Afterwards, we worked on e-portfolios. After lunch we headed to the square and escape room where we were divided into four groups so each group could play their own clue-game. The goal was to escape from the room by finding secret codes and keys. It was very funny and brainy game.

We had a workshop on peer communication on the fourth day where we learned how to build quality relationships. Then there was another one on European traditions where we were presenting each country’s manners of celebrating holidays. After that we had some leisure time and at the evening we had joint dinner where we enjoyed our last hanging out together time.

Fifth and the last day of the students exchange of SNIDeR project we were finishing our e-portfolios and presenting our final materials to other groups and teachers. After closing speech from headmistress Sofija we came to an end and had to split up – some visited Zagreb Zoo, and some headed back to their countries.

This project exchange of the pupils was very interesting and educational, so I would really like to more often take a part in project activities like this one. 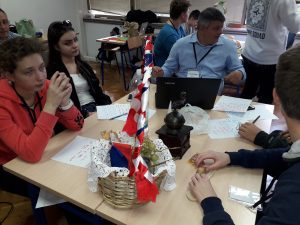 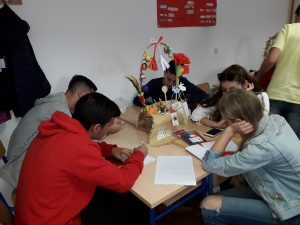 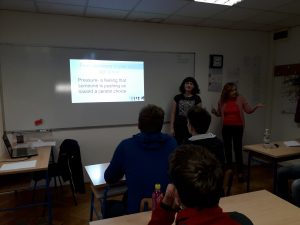 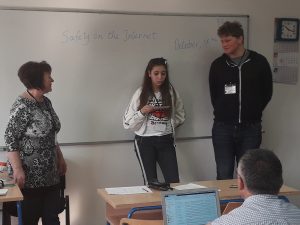 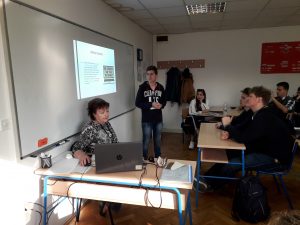 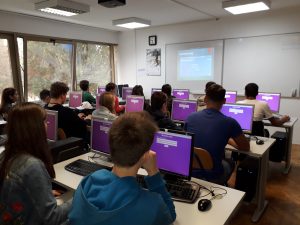 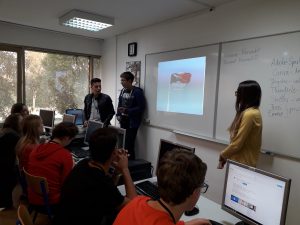 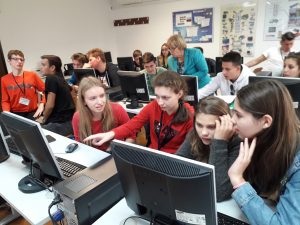